Let me start this off by making an admission: I am not a bug person.  Cover me in in snakes or mice and this animal lover will be in hog heaven; but if I see a cockroach I will BURN THIS PLACE TO THE GROUND.  It’s just too many legs.  No one needs that many legs.  That being said, when I started The Bay, produced by the folks who gave us Paranormal Activity and Insidious, I was expecting some super-bizarre, demonic found-footage… But, what I got was far grosser and far more terrifying. 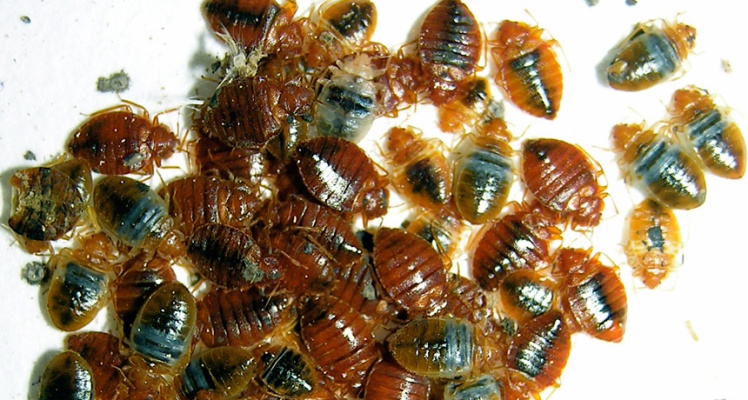 The Bay follows an “unpublicized” disaster that occurs in Maryland on the Chesapeake Bay wherein swarms of fish float dead on the surface of the water and residents who have been in contact with water (read: everyone) break out in rashes and start being eaten from the inside by parasites.  We come to learn that the parasites living in the water have developed because of an overwhelming amount of pollution from the nearby towns, including chicken runoff (chicken shit, as they put it), which led to abnormal algae production.  If you love gross stuff, you have to check this out, because the parasites are skin-crawling and often, skin-infesting.

What makes this film truly terrifying is its startling truths.  Director Barry Levinson was originally asked to make a documentary about the real-life pollution in the Chesapeake Bay but wound up turning to the horror genre after PBS released Poisoned Waters on the same subject.  The Bay director claims that his film contains 80% factual information and after some research, the claim checks out.  The Chesapeake Bay is what’s known as a Marine Dead Zone; where massive amounts of fish turn up dead because of a severe lack of oxygen in those pockets.  An estimated 75,000 tons of ocean floor life are killed each year, taking its devastation up through the food chain.  The marine death is attributed to rapidly growing algae being fueled by polluted runoff, consuming much of the water’s oxygen and being finished off by the microbes that eat the algae as it dies.

What else can these algae blooms do?  They can release toxins into the water, just like The Bay explains.  These toxins can be harmful to wildlife and humans, affecting the very nervous system of living things.  In the 1990s, a particular type of growth exploded in Chesapeake Bay, called Pfiesteria piscicida and attributed to chicken runoff.  The toxins released paralyzed and killed huge amounts of fish and even caused strange rashes in humans that came into contact with the water.  If you’ve already seen The Bay you know where you’ve heard this before: it’s the entire plot of the film.

One of the more sinister themes of the movie is how the government concern lies in reputation damage and control of information rather than the safety of its citizens, wildlife, and land.  This is more than a movie trope, it’s the world we live in; where government and large businesses are willing to deny major environmental dangers, dismissing science and hard facts, in favor of making money and keeping the population docile.  It may seem harmless, but eventually the toxic environment we’re creating will begin to destroy human life, and in places like the Chesapeake Bay, they’ve already had a taste of it.

What could be more of a horror film than the entire human population being complicit in its own poisonous destruction?  Check out The Bay and heed its warnings.  Research local pollution issues in your area, raise awareness, and do your part to reduce toxic runoff and environmental destruction.  Also, if you’re squirmy about bugs like me, plan to watch some of it through your fingers.

One thought on “The Bay: Environment Horror”