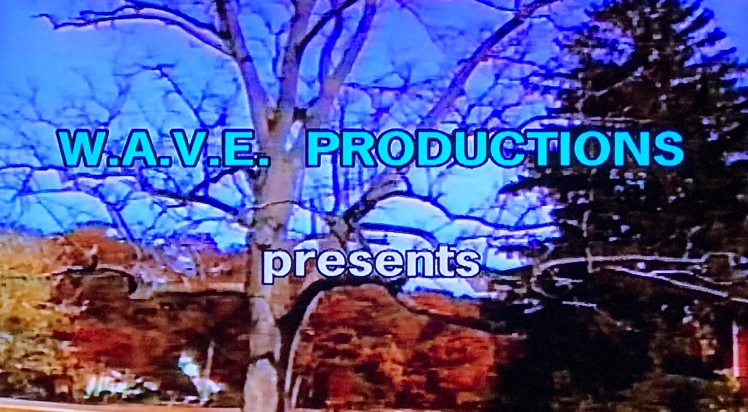 Boys and girls, it’s long overdue, but finally I am bringing you a W.A.V.E. Productions movie review. Some of you may ask, “What the frick is W.A.V.E.? More like W?A?V?E?, am I right?” Well before I get to the review, allow me to enlighten those of you in the dark with this photo I liberated from W.A.V.E.s “About” section of their website.

The key thing to note here is the custom video bit. Many of W.A.V.E.s movies are ones that are conceived and funded by fans. There is a documentary in the works about this very aspect, as it is what makes the New Jersey based W.A.V.E. truly unique. Nearly every film in their massive catalog fits precisely the purpose of this column as they contain both schlock and gore. I was also able to get more insight into some of these films from W.A.V.E. director Gary Whitson. So let’s get into it with their third ever custom video, Sleepover Massacre.

“I mean, what’s the odds of gettin’ bit by a vampire? You’re in America…”

If I were to tell you I was watching Sleepover Massacre, you would probably picture something sexy. Something cheesy and 80’s. Something a lot like Slumber Party Massacre. And you’d be close. But substitute those sexy 18 year-old nightie girls for ones that look to be anywhere from 34-53 that resemble mennonites (This was before W.A.V.E. opted for younger actors in skimpier clothing). Oh, and there’s vampires for good measure. Okay so it’s nothing like Slumber Party Massacre. This is regional, shot-on-video, fan-ordered scuzz. And I fucking love it.

Denise has been having nightmares about getting bitten by a vampire. She is worried that if she has the nightmare a third time that she’ll actually become one! I have never heard this bit of vampiric mythos but apparently it’s out there. Meanwhile, other ladies with names like Janet and Sharon agree that they should have a sleepover with the gang just like old times.

The gang gets together at Janet’s. They sit around drinking Moosehead and Miller Lite and talk about nothing in particular, and with no activities planned. It’s amazing that during what is shaping up to be the lamest sleepover in existence, we manage to get a sizable helping of nudity and murder. The women bare it all (fangs included) and wear both blood and slime by the movie’s climax.

Boobs, coffin sex, and neck bites galore! There really isn’t much that is inventive about Sleepover Massacre, but something about the delivery just gets my gizzard goin’. The sound is clear (especially those blood-drinking sounds. Yeugh!) The music is surprisingly appropriate. The video is not bad in comparison to many SOV movies I’ve laid peepers upon. The outfits are horrendous, the acting is stilted, and the runtime is a bit of a stretch. But as is often the case with movies like this, it’s all very charming. And is there anything cooler than custom-made weirdness?

The original premise sent in to W.A.V.E. requested 6 women getting attacked by a female vampire, and also included drawings of how some of the bites should look (many of which wouldn’t have been possible even with an extra vertebrae). This is the film that was constructed around that premise, and it certainly does the trick.

I would pair this sucker with something like Don’t Go in the Woods or maybe a Canadian direct-to-video. Something like Things (1989) would be good. So gather your friends, stock up on light beer, and wear your favorite ankle-length skirt. This is gonna be a good time.

Stay slime, and be rad at all times!
-Rat