As a fan of world horror there’s a few regions on this stupid rock I’m absolutely in love with. Mexico offers some of the best genre output this gringo has ever come across. They can get wild but if you’re in the mood for some serious pants shitting horror they throw it out with equal aplomb. India also holds a special place in my heart, usually running with an incredibly limited budget but no lack of imagination. However, when I’m getting the itch for completely nutso cinema, I usually jump right on into the Indonesian cinema pool. I took the time this weekend to mark a trio off the old bucket list. Sadly my scream queen Suzzanna did not pop up but I did get some hot Prima action. I’ll take it. 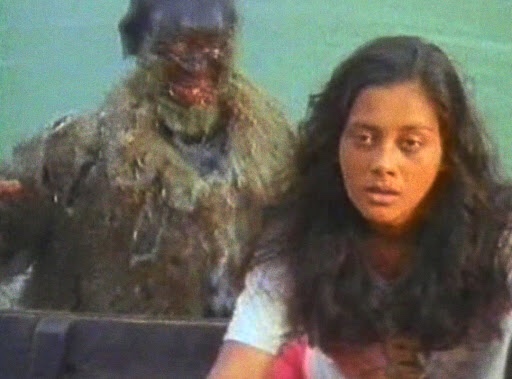 Indonesian heartthrob Barry Prima shows off his muscular attributes in this tame but fun enough South Asian Friday the 13th variant. A waterlogged cache of gold brings three treasure hunters out to a lake in the middle of woods. A trio of teens on a fun filled camping trip have also set up in the area. As these things go, a black clad mystery person is skulking around the place, keeping a close eye on the six visitors. Prima rescues one of the gals from drowning and romance blooms between the two attractive folks. The boy gets a bit jelly and the treasure hunting boss gets a bit annoyed his men are focused on the female booty and not the hidden gold. A boat attack by the ninja-esque weirdo tips off the treasure hunters that they are not welcome but greed has a way of bringing out the stubborns in anyone…even that Adonis, Barry Prima. They pull up a big crate from the seabed only to discover it’s a coffin, nasty weather follows and soon all six dinks are huddled up together in an old crap shack. One by one they’re picked off as they foolishly separate for whatever bullshit reason. It’s all very familiar territory but made better by it’s action/adventure focus with minor elements of stalk and slash. The whole thing just feels off because of what we Americans expect from an early 80s slasher. The killer remains the same (although this time it’s an unintroduced woman guarding treasure, not avenging her freak son’s death by negligence) and the climatic jump scare sting makes even less sense…maybe…there were no subtitles so I could be way off. Speedboat hijinks, karate cat fights, mud faced zombies made possible by the power of imagination, and a real lack of the red stuff adds to the off kilter vibes. I dug it but I have a life size poster of a shirtless Barry Prima on my bedroom wall so I’m pretty fucking bias. 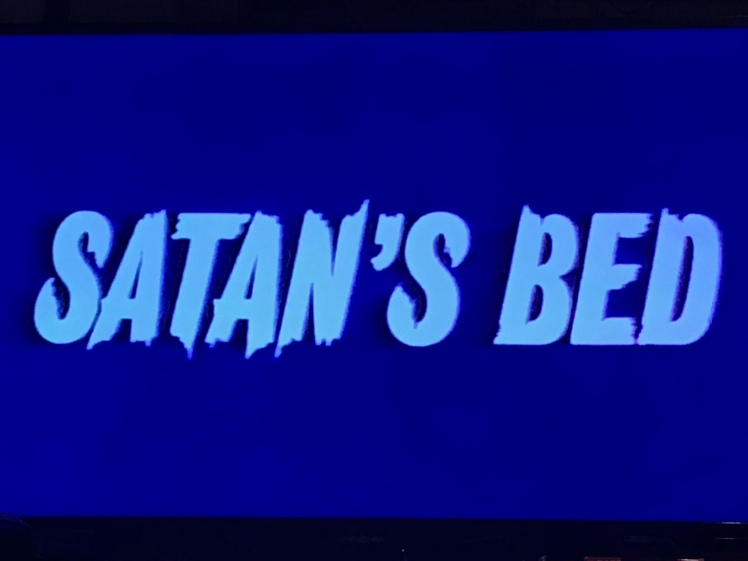 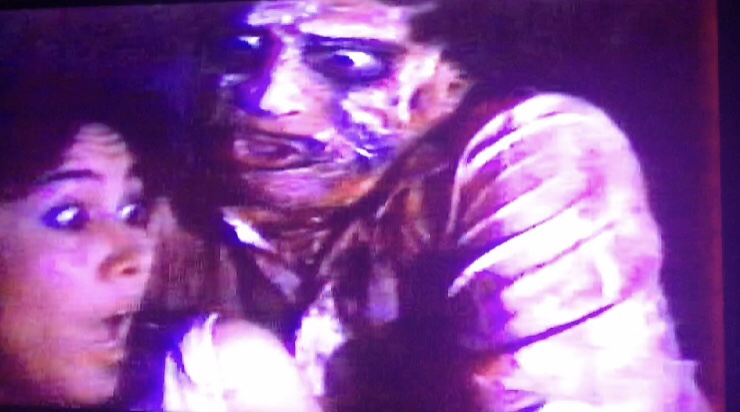 Skid row A Nightmare on Elm Street from Indonesia delivers the goods…in between stretches of tedium. A family is shotgunned to death on Christmas Eve (dad manages to hold onto his cigarette like a champ) back in 1941. We jump ahead to what I assume is the 80s and follow a group of friends. Said friends goof around while traveling in a Jeep, their tomfoolery almost leads to them running over a man on a bike and our leading lady Maria sees a vision of three little girls in white, jumping rope. Bad dreams turn dangerous and a vague familiarity haunts the runtime when scenes aren’t directly ripping off its American predecessor. Of course, here Freddy turns out to be the devil himself and is assisted by a succubus and there’s also a mentally challenged caretaker who resembles Steve Buscemi and creeps around the place. This time around Fred Krueger dresses in messy white clothes, looks like someone threw up on his face and rocks a razor tipped monster hand instead of a glove, he also removes his head quite a bit. I dig him. A girl is murdered in a shirt that reads “This Is My SEXY T-Shirt” and her boyfriend is blamed for the crime…just like in that other movie only instead of dying in his jail cell he is lured to an empty house by a succubus and has his throat slashed by Fred’s monster hand. He’s then found hanging outside of Maria’s house. A shaman stops by to battle with Fred and his gal pal, he ends up getting bit in the crotch by the severed head of the succubus. Another shaman is called in and fares no better. Eventually that dude they almost ran over with their car shows up sporting a giant crucifix and saves the day. There’s an abundance of dullness to wade through but everything is ten times better when our dollar store Fred Crooger is on the screen. The dream angle is kind of brushed over and the film mines Poltergeist for its climax. My copy was in French, I don’t speak French but I know more French than Indonesian so I would have been lost either way. It’s a damn shame we didn’t get a franchise.

aka Creatures from the Grave

In a small Indonesian village, there’s this dude who can transform himself into a goofy looking boar puppet. Why he does this, I’m not sure but the important thing is that one night during his boarish hijinks, he is chased down by the villagers and killed by a well thrown spear. When the riled up men see him transform back into his human form they pay a visit to the home of his wife and daughter. They discover cash and jewelry inside the place, kick the woman and her daughter out of the village and burn their house down. This is all watched, through magic means, by an elderly wizard in a cave. The wizard is none too happy about what has transpired and he uses his powers to resurrect the murdered man as one trashy looking zombie (trust me…it’s awesome). The meaty zombie with glowing red eyes transforms into his old self on a whim and begins terrorizing the assbags that fucked everything up. His wife and daughter mope around the neighboring forest as the locals get themselves slain by the magic murder corpse. The daughter dies in a scuffle with some mustachioed prick and the mother’s mental health takes a turn for the worse. Eventually, a good magic man comes into town and brings the fight to the pissed off revenant, he also brings the dead man’s wife back into the picture. There’s an invisible horse, lame ass fighting, forced transformation into a wereboar, a weird worm baby thing exploding out of a woman’s belly and a climatic magic battle involving projectile limbs and that goofy boar puppet’s floating head. This was watched without subtitles and unsynchronized audio and yet I still enjoyed the hell out of it.